This post is part of the Monthly Wine Writing Challenge (#MWWC31) in which we are invited to write a post about a one-word theme and relate it to wine somehow. This month’s theme was Faith. I snickered when I read that as I had just finished warning my readers that there will be a bit of that in the upcoming posts. Consider yourself warned. And if you like what you read, please consider a vote in the competition.

Faith is defined Biblically as “the confident assurance that what we hope for is going to happen. It is the evidence of things we cannot yet see.”(Hebrew 11:1 NLT)

In Matthew, Jesus tells his disciples,”I tell you the truth, if you had faith even as small as a mustard seed, you could say to this mountain, ‘Move from here to there,’ and it would move. Nothing would be impossible.”

Nothing would be impossible. How different might our lives look if we believed that whole-heartedly? What if we took chances? Believed in our dreams? What if we had faith?

It certainly required faith in the early years of the Texas Wine Industry. I think of those who saw beyond the cotton fields, those who believed grapes could thrive in the High Plains or the Hill Country. I think of the initial leap, the investment in vine stock, forgoing the sure thing for the dream. They began with what they knew and planted.

There was faith required in the waiting. Waiting during the first three years before their labor produced fruit they could use. In the years beyond that in barrel, in the bottle. Waiting to see if their dream was possible. This waiting happens every year.

Each spring, I feel a pulse of empathy for the growers, the winemakers, and all those who rely on the crop in one way or another. Bud break this year is early, perhaps too early. They have faith that it will sustain. A hail storm pummels, temperatures plunge, clusters are lost. Through floods and drought, insects and disease, they persist. They plant and prune, wait and plan, believing. It requires a kind of faith to build your life’s work and livelihood on something so acutely impacted by something so infinitely erratic.

And then I remember that there is a reason they grow here. Things which may initially seem like challenges to overcome, create opportunities for the vine. Because of the struggles, the vine creates fruit with character.  The regions with arid climates, the high elevations, the places which seem inhospitable can create the most beautiful fruit. I remember that the struggles have a purpose.

If you had asked me about my faith last year, I may have cringed. Just the question has an almost Pavlovian response for me. Not because I am ashamed of my beliefs, but because I recoil from the idea of measuring it, defining it, limiting it. I won’t lie. There have been seasons of drought. There have been seasons in which I could not see beyond the mountain and didn’t have the strength to move anything.

There have been seasons when I measure by comparing to others and I look at this puny worthless mustard seed and wonder what I’m doing wrong.  And I’m starting to see that it may not be a “doing” issue, it may be in the “believing.” He tells us that all we need is a seed, so why do I think that its not enough? I am finding that by holding out, by holding up this little seed, and admitting that is all I have, that the impossible is happening.

If I look back at that verse about faith, there is one more word I should emphasize: hope. Faith is tied to hope, to believing something is possible. It is in expecting that our dreams and desires have been planted for a reason. It is taking that mustard seed out of my pocket and being assured that if I plant it, it will grow. 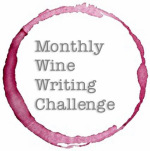