Today is National Margarita Day, a holiday which I am sure you will not mind celebrating.  If you live here in Texas, I am sure you are well-versed in all things agave.  Before I moved here I had only experienced very harsh, very gold, and very dangerous tequila.  I had not yet had a Mexican martini or learned how to mix a proper ‘rita on the rocks.  If you have not yet seen how tasty, clean, and versatile a margarita can be, today is a great day for experimenting.

You may have heard about the snow in Arizona this past week.  Because of that, the PGA tournament has had its share of delays.  So, this week on Back9 Network, I decided to do a cocktail with egg white and tequila, “Snow Falling on the Agave,” based on a Prado.  Head over for a brief tutorial on tequila and a few other recipes.

To try out the recipes, I had some ladies from our neighborhood over for a taste test.  We also sampled some locally made mixes and played with them.  If you have been reading long, you know that I am not keen on mixes, generally.  I would rather start from scratch and adjust.  However, when we had company this past weekend they wanted to try the Central Market fresh margarita mix.  Since the only ingredients were lime juice, simple syrup, and orange juice I was in.  I also picked up some locally made pineapple and jalapeno mix.  Made by Carter’s Select, the only ingredients are water, lime juice, lemon juice, cane sugar, pineapple and jalapeno.

The Central Market mix was a hit.  I only added El Jimador tequila.  It was a very classic, very tasty drink.  I had them sip as is, then we added some Blood Orange San Pellegrino.  Yummy, but too sweet.  I would, in the future, either just squeeze in some fresh blood orange or have just lime juice and the Pellegrino.  Finally we added some bitters to the blood orange.  That was the favorite.  The bitters cut some of the sweet and added a nice dimension.

For the Prado, I couldn’t find maraschino liqueur, so I substitued the juice.  I have a feeling is was not a good substitution because the drink was rather forgettable.  I think adding some cinnamon would help.  I will keep an eye out for the liqueur and try again.

The Carter’s was rather tasty for a bottled mix.  A good amount of warmth from the jalapeno and it could not have been easier.  I would, if time allowed, still prefer fresh juice and steeping the jalapeno in the tequila, but in a pinch, this is a really good choice.

What margarita will you be enjoying today?  Cheers! 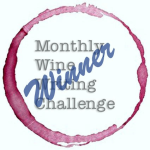